The Interesting Part of The History of the Revolving Door! 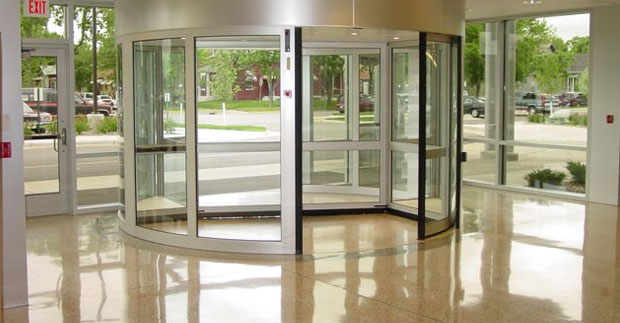 There is a revolving door almost in any building in Chicago IL. These doors are a funny and smooth way to enter a building. But besides that, there is nothing interesting about them. Or is it? Actually, the history of the revolving door is a very interesting one. And it’s one that not all people know.
A revolving door typically consists of three or four doors that hang on a central shaft and rotate around a vertical axis.
These doors are commonly used in downtown areas. They are the perfect entrance for tall buildings and skyscrapers. 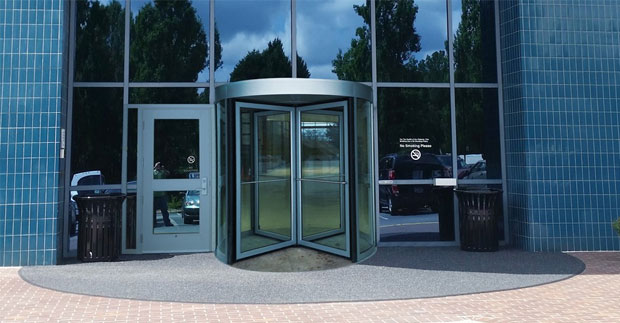 Who Invented the Revolving Door?

Theophilus van Kannel invented the revolving door. He was granted the patent for the invention on August 7, 1888.

The invention’s name was “Storm-Door Structure.”

This invention was originally a three-partition revolving door with weather-strips.

The main purpose of this invention was to prevent strong drafts of wind from entering a building when a door was opened.

So, the revolving door was designed to be energy-efficient. It worked and works to this day like an airlock. In other words, it prevents drafts of cold or hot air.

This invention helped to reduce the amount of energy use by the HVAC system. By avoiding air drafts, there wasn’t a drastic temperature change when people entered or exited a building.

The revolving door was also invented because hinged doors didn’t work that efficient handling people traffic. In some hinged doors, only a person can enter or exit at a time.

While revolving doors have can allow more people to enter and exit at the same time.

But there is another part of the story. Allegedly, Theophilus van Kannel invented the revolving door for other reason. Continue reading to find out. 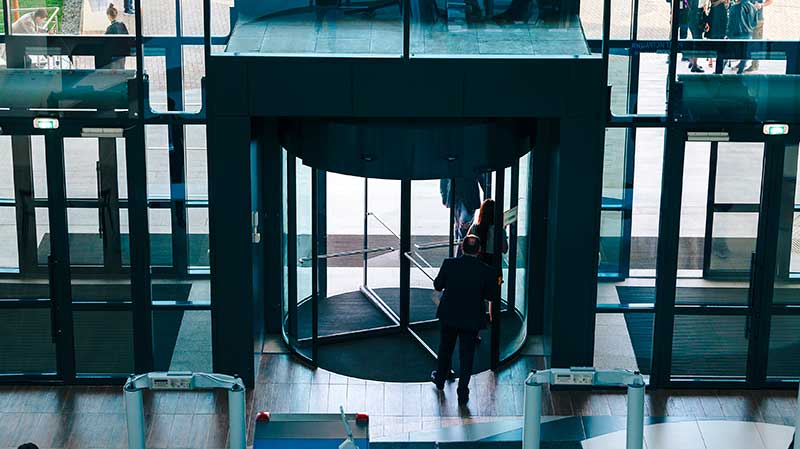 The Interesting Part of The History of the Revolving Door!

What [Allegedly] Motivated The Invention of the Revolving Door?

In the late 1800s, Theophilus van Kannel supposedly designed a revolving door because he hated chivalry.

Nobody knows if this is a fact. So, allegedly, he didn’t like to argue with other men over who should enter or exit a door first. Even worse, he hated to open doors for women.

Legend says that his hate towards chivalry was because of a childhood traumatic memory. Starting his teenage years, Kannel found chivalry standards annoying and uncalled for. In fact, many times he felt obligated to keep up with them. Still, his mother took them very seriously, scolding him many times when he did not follow them.

One day, Kannel ignored too much his mother. This is when the spanking started. Kannel’s mother spanked twelve year old Kannel’s bare-bottomed. This happened in front of a crowd of women.

Kannel, from that moment on, changed forever. In Kannel’s mind, chivalry meant the pain he went through.

Again, there is no proof of this story to be true. But surely, it is an interesting part of the history of the revolving door.

The Proven Facts of The History of the Revolving Door 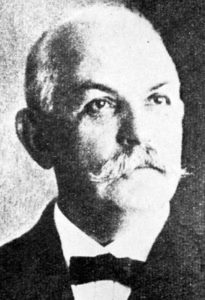 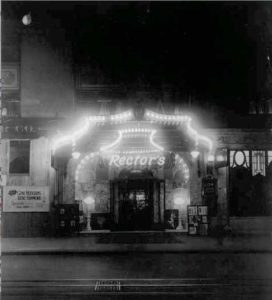 A year later of his patent, in 1889, Van Kannel received the John Scott Medal. This award showed Kannel’s contribution to society.

The 1900s take great part in the history of the revolving door. Corporations wanted a door that could be elegant at the same time was useful. They wanted revolving doors.

Kannel looked for ways to improve and refine his invention. Because of this, he founded the Kannel Revolving Door Company.

Our story’s protagonist ends in 1919, dying at the age of 78 on Christmas Eve. Van Kannel was a multi-talented and intelligent man. In 2007, the National Inventors Hall of Fame added Van Kannet to their list.

The history of the revolving door started almost a century ago. Still today, revolving doors still mark our daily lives. They offer incredible advantages for businesses, so it’s no wonder companies love them.